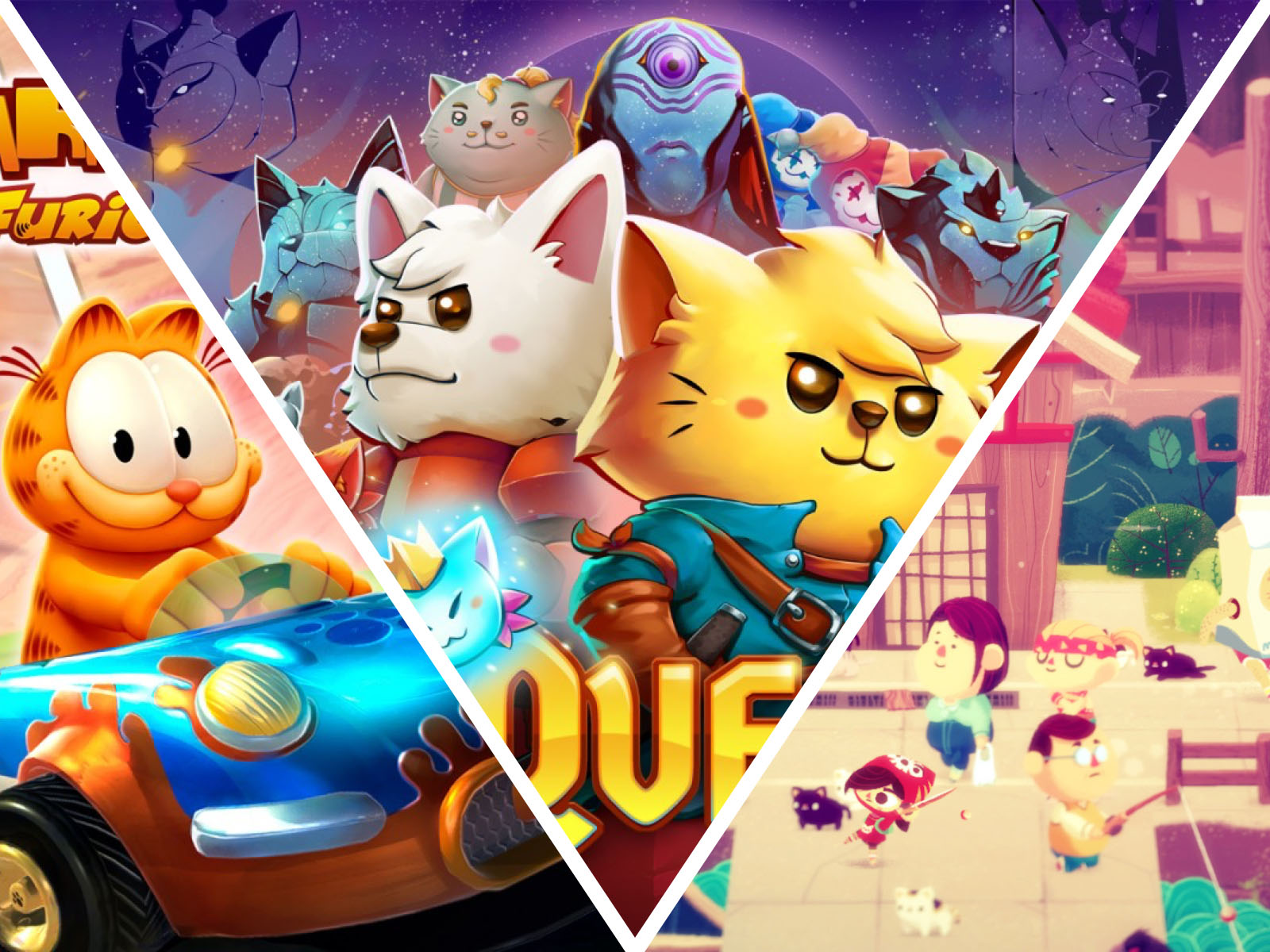 7 great videogames with cats in them. Have fun and enjoy your time playing!

Following the success of the acclaimed Cat Quest, developers The Gentlebros return to the world of Felingard to expand on the original with more explosive spells, expanded weapon options, an exciting new character switch mechanic, and local co-op!

Cat Quest II is a 2D open-world action-RPG set in a fantasy realm of cats and dogs. Under threat from a continuing war between the cats of Felingard and the advancing dogs of the Lupus Empire, Cat Quest II tells the tail of two kings, brought together against their will, on a journey of paw-some discovery to reclaim their thrones.

Garfield, the famous lasagna-loving cat is back to take on Jon, Odie and company in a no-holds-barred racing game!

Choose your character and kart according to their characteristics and your driving style, get off the starting line first and control skids to outrun your opponents. Use crazy bonus objects, like the Pillow or the Magic Wand, to gain an edge and get over the finishing line first. Are you lazy like Garfield? Take shortcuts to overtake the other racers with the Spring!

Race your friends in local mode or online, with up to eight players on 16 iconic circuits from the world of Garfield.

A whimsical adventure/merchant simulation game where you play as Mineko, a curious girl who has just arrived at her new home on a peculiar Japanese-inspired island overrun by cats. Discover the mysteries of the island while crafting crafts, friending friends, eating eats, and… catting cats.

Mineko’s Night Market is inspired by games like Animal Crossing with a stronger emphasis on story, crafting, and exploration.

Add to your wishlist on Steam

The award-winning game Cateau is a visually, musically, and narratively beautiful experience. Enter the enchantingly atmospheric streets of Paris, getting to know truly distinct characters while every choice you make, whether big or small, carries weight and consequence in this little adventure.

Free To Play on Steam!

Pounce inside of your cozy armored mech and set off on a dangerous trek through an alien underworld full of irritable creatures and treacherous obstacles in a valiant effort to save your stranded captain and his crashed spaceship.

Become a cat! Cattails is a unique animal simulation RPG. Hunt for food, fight invading cats, explore to gather herbs, and socialize with other cats in an expansive open world. Get married and raise a family of kittens, befriend your neighbors, and learn to live in the dangerous wilderness!

You may also enjoy: 10 Beautiful Cat Wallpapers For Your iPhone ›

A good day starts with coffee and cat! Sign up to receive exclusive content and updates from our blog.